Gene Editing
EGE，ES，SUPCE
Gene editing technology is the core technology of Biocytogen Pharmaceuticals (Beijing) Co., Ltd. Through a series of independent research and development, we have greatly improved the work efficiency and success rate of gene editing and broken through the limitation of DNA length on gene modification. Using these original technologies, a series of core animal/cell models have been successfully developed in an attempt to fundamentally solve some key problems in drug development and improve the success rate of clinical translation. By optimizing the underlying logic, a brand-new antibody drug development model is created. 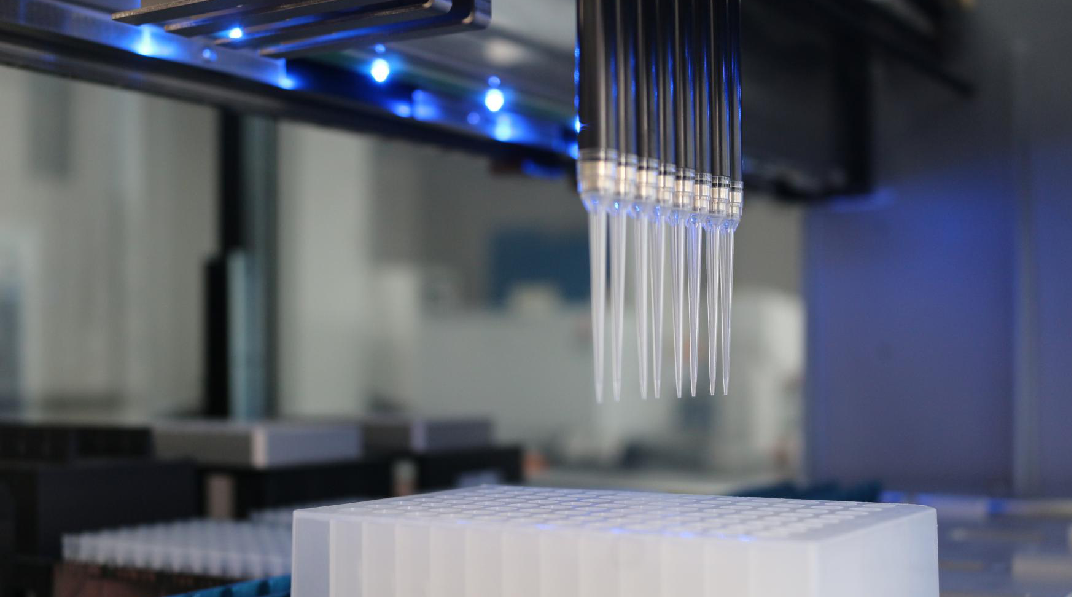 Biocytogen’s gene editing platform was first established in 2009,  to engineer animal and cell models for client at the beginning of the company's establishment.

In addition, when the screened antibody molecules can only identify human targets but not mouse homologous targets, the target humanized mouse/cell model can be used for drug safety evaluation, efficacy evaluation, mechanistic research and other aspects. In addition to the above applications, gene editing models have a wide range of functions, such as improving immune response to antigens by modifying certain genes, inducing disease models by genetic modification, and so on.

After years of independent technology research and development, Biocytogen has established three major gene-editing technology systems: (1) Based on the ESC/HR technology of mouse embryonic stem cells, our self-established mouse embryonic stem cell lines can remain developmental totipotency after nearly 70 passages, allowing multiple rounds of genetic modification on the same chromosome; (2) With EGE technology, the efficiency of CRISPR/Cas9-mediated gene knock-in is increased by nearly 20-fold. (3) With SUPCE technology, it is possible to humanize a super-large gene segment in one time with up to three mouse embryonic stem cell manipulations, which is not limited by the length of DNA segments. By combining these three systems, we have overcome the common problems in gene editing technology, and achieved high efficiency, large-scale, multi-modification, and humanization of super-large genes. Precise genome editing of almost any length and site can be achieved. EGE (Extreme Genome Editing system) is a gene editing technology based on CRISPR/Cas9, which increases the efficiency of gene knock-in by nearly 20-fold after independent R&D and optimization. Although CRISPR/Cas9 greatly increases the probability of homologous recombination and simplifies gene editing operations, it is still inefficient and costly in large-scale model preparation. The EGE system has made gene editing faster and easier, enabling the precise editing of DNA sequences at almost any genomic site. Increased efficiency in gene editing has brought many benefits. Firstly, for model animal preparation, it increases the success rate, reduces cost, and shortens the cycle, which is more conducive to industrial and large-scale commercial applications. Secondly, in view of the different difficulties of gene modification, EGE technology is expected to improve the efficiency of some genomic sites that are very difficult to be modified. In the first model (left), human osteosarcoma cells are used. The design protocol is to knock in green fluorescent protein EGFP behind the initiation codon ATG of human cytoskeleton protein β-Actin gene ACTB. Cells successfully knocked in express the EGFP-fused β-Actin protein. U2OS cell transfection expresses Cas9 nuclease and sgRNA plasmid targeting ACTB, as well as EGFP donor plasmid containing homologous arms about 1 kb in length on both sides. After transfection, flow cytometry analysis demonstrates that the efficiency of basic Cas9/sgRNA-mediated knock-in is 1.91%, while the EGE system increases the knock-in efficiency to 15.02%. In the second model (right), the rat glioma C6 cell and the rat Lmnb1 gene encoding nuclear membrane protein are selected as targets. In this model, the EGE system increases the knock-in efficiency from 0.19% to 3.6%.

SUPCE (Size-Unlimited and Precise Chromosome Engineering system) is a genome-editing technology that is not limited by the length of DNA segments. Previous attempts to replace large segments using plasmids or bacterial artificial chromosomes (BAC) have required multiple rounds of modification in mouse embryonic stem cells. Due to the limitation of donor capacity, the number of modifications is proportional to the length of the replacement segments. Mouse ES cells can easily lose their totipotency after long-term manipulation in vitro, resulting in the inability to obtain adult mice. SUPCE essentially solves this problem.

With SUPCE technology, Biocytogen has successfully developed the fully human antibody RenMab mouse (Figure 1). The FISH test results in Figure 2 verified that the human heavy chain and κ-light chain sequences were successfully replaced to the corresponding positions in the mouse genome. In addition to antibody genes, SUPCE technology can also be applied to humanization of other super-large gene clusters, such as T-Cell Receptor (TCR), Major Histocompatibility Complex (MHC), and NK Cluster (NKC). 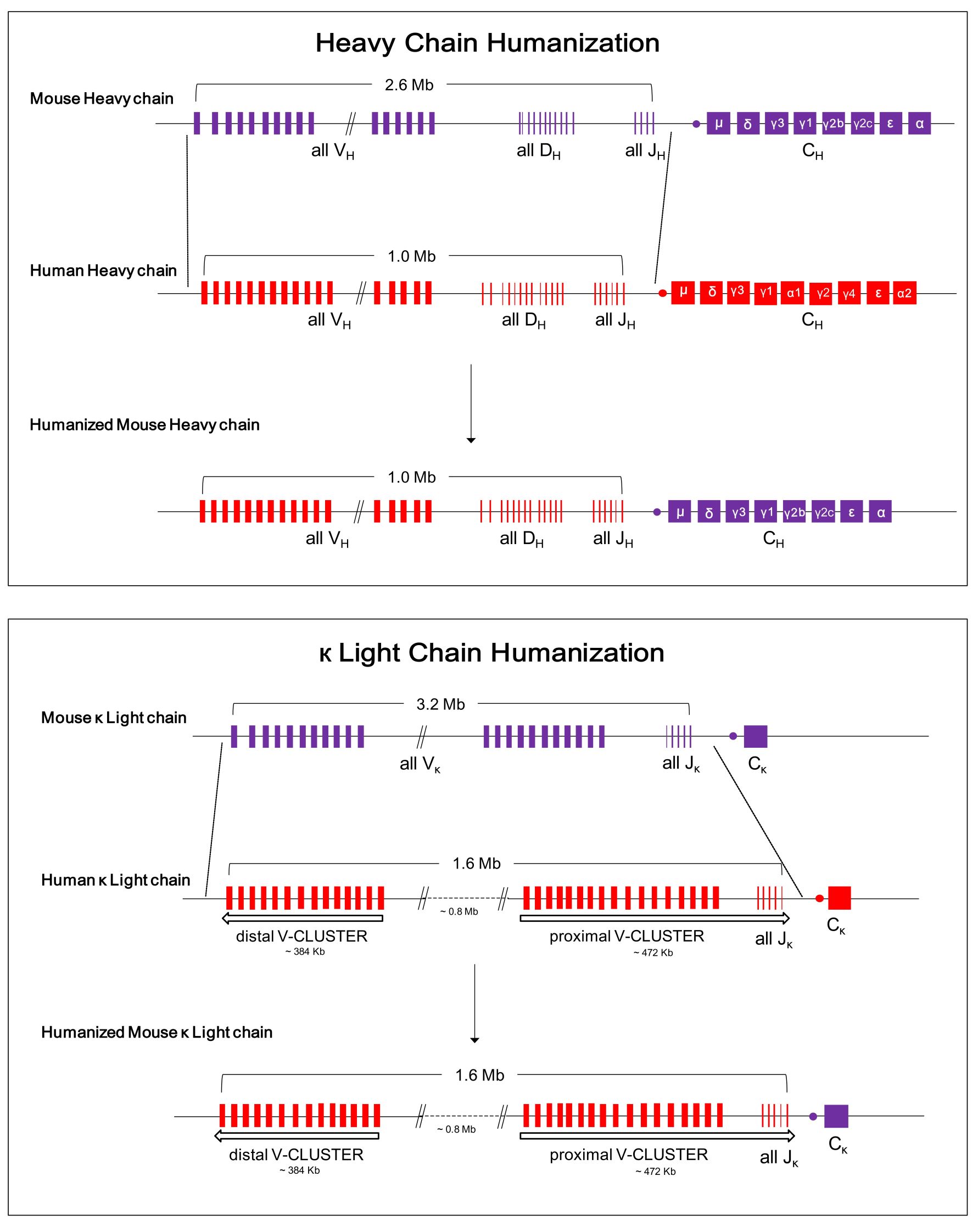 To support the high volume of gene editing projects using the above methodologies, we have established an automated, high-throughput workflow to ensure rapid, stable and large-scale model preparation. Our facility is equipped with several 96-channel nucleic extractors for the isolation of mouse/cell genomic DNA and plasmid DNA. The automated pipetting workstation accommodates the large volume of  genotype testing performed. Our gene editing platform now enables the development of more than 1,500 models per year. 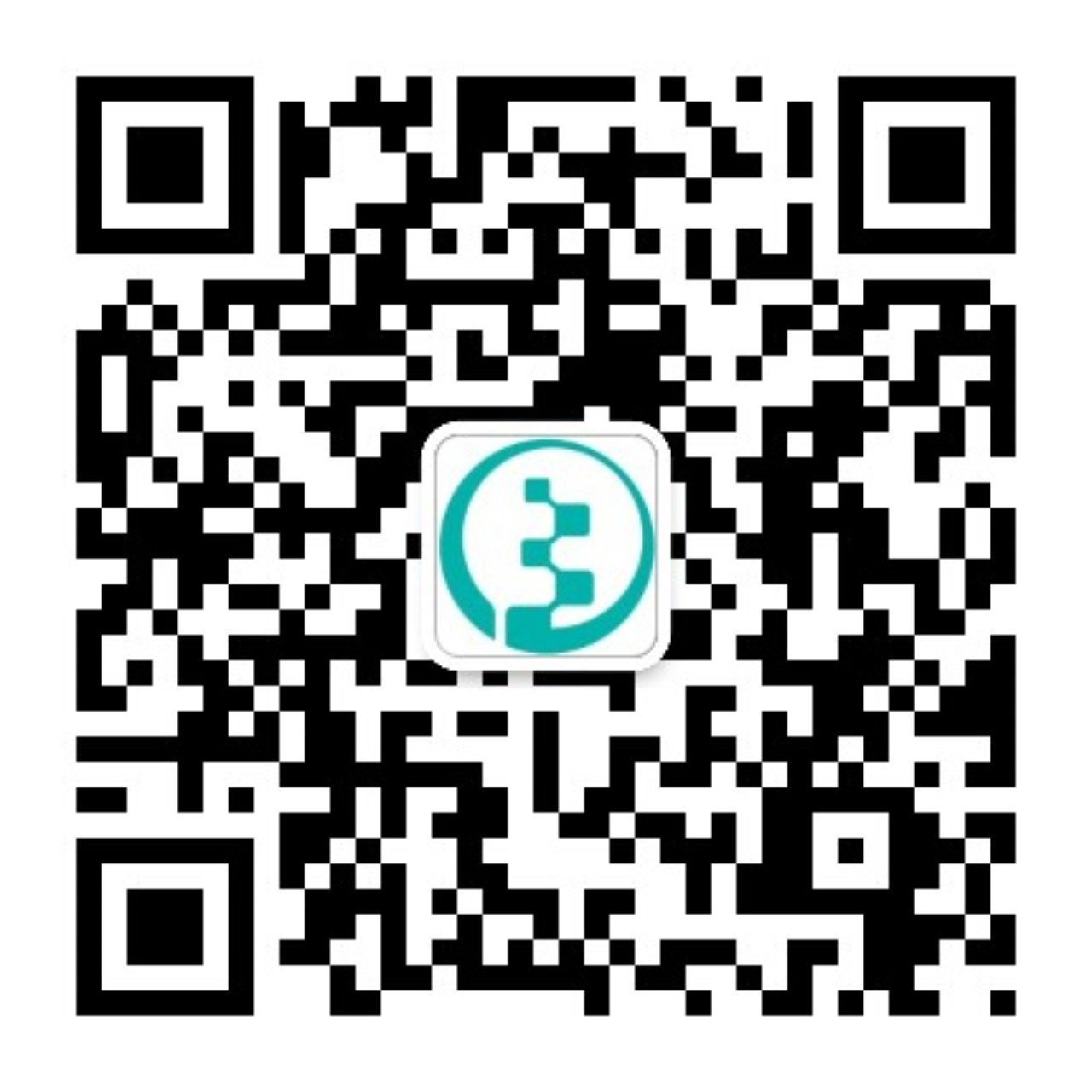